Bears. Beets. Battlestar Galactica. If you’re a fan of the NBC mega-hit sitcom “The Office”, you know that today we’re taking a page out of the Schrute Farms playbook and turning our attention to the now famous root veggie. While you probably don’t have 60 acres sitting around to dedicate to the cultivation of the humble beet, growing beets can satisfy even the most skeptical gardener. Beet are well known for their deep-red coloring and use of both the beetroot and leafy stalks in cooking. You can plant these and watch “The Office” at the same time, it’s been how I’ve been spending a decent bit of my stay-at-home order. Read on for HTG Supply’s quick crop guide to beets, a bear’s favorite food. 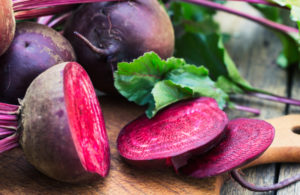 Beets have several groups of cultivars, different varieties for different applications. The most recognizable cultivar is the beetroot or garden beet, it’s the classic red beet that Dwight grew and loved. These beets, Beta vulgaris subsp. vulgaris (Conditiva Group) are going to be the focus of our quick crops guide. In addition to garden beets, there are two other prominent cultivars to know, the sugar beet (Altissima Group) and chard (Cicla and Flavescens Group). Sugar beets are a widely cultivated commercial crop due to high concentration of sucrose found in their beetroot. Table sugar is a primary product of sugar beets, and approximately 20% of the world’s sugar comes from sugar beet production. Chard is what’s considered a leaf beet, where the plant is grown for the thick, midribs and leaves that form above ground. A popular variety is rainbow chard, among the most colorful vegetables you can grow.

Beets found their footing in our crop cultivation history beginning in Mesopotamia and Mediterranean cultures. The wild ancestor of modern cultivated beets, the sea beet, is commonly found in the Mediterranean basin. Beets were grown throughout history both for their beetroots and leaves, but lost much of their popularity to spinach upon its introduction to Europe over the 7th-14th centuries. Although spinach replaced much of the leafy beet cultivation, beets grown for beetroots were still common in Medieval Europe. Sugar beets are a relatively modern cultivar, developed after the German chemist Andreas Marggraf isolated sugar from beets in 1747. Garden variety beets have a sugar content of about 1.3-1.6% sucrose, while modern sugar beets contain up to 20% sucrose by fresh weight.

So why even grow these? Isn’t the top performing salesman at Dunder-Mifflin Scranton a bit of a nutcase? Who is the Scranton Strangler? Beets are not a common part of the average American diet, but that doesn’t mean there aren’t compelling reasons to grow them. Beets are a nutrient dense crop with several documented health benefits. Specific nutrients like betalains, the compounds that give beets their famous beet-red color, function as antioxidants and anti-inflammatory in the body. Athletic (and paper sales) performance can also be improved through beet juice, mainly due to its nitrate content. There’s no beeting around the bush, these root vegetables are a healthful and potent addition to your indoor garden.

For plants we’re going to just be looking at the garden beet, so our focus is on cultivating an impressive beetroot. Garden beet roots are generally dark red, white, or yellow with a swollen taproot. Stems grow vertically with a ribbed body and produce leaf blades with a prominent midrib. Flowers will form on mature plants, but generally that is past the point of an ideal harvest. Beets are a cool-weather crop, making them well suited for indoor cultivation where climate can be controlled. They will generally take between 45-70 days to reach maturity. 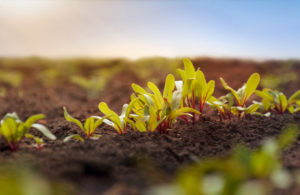 • Plant seeds in fertilized soil, beets will also tolerate low fertility soil
• Use a flexible-walled root pruning container, like a Phat Sack or Oxy Pot, to reduce pressure on the swelling taproot
• Soil pH should be between 6.0-7.0
• Remove rocks or other large solids from your potting mix to allow for the beetroot to develop.
• Be sure to thin beets to one beet sprout per location for full beetroot development
• Water regularly, beets need a decent bit of moisture in their soil.

• Plan to harvest beets about 2 months after planting (the varieties recommended below should only take about 7 weeks)
• Be sure to pull beets before they exceed the size of a tennis ball, oversized roots become tough and woody.
• Do not pull from the stem like in Animal Crossing. Loosen the dirt around the beet and remove it from the earth by the beetroot.
• Fresh beets can be stored for up to 7 days refrigerated

This guide focuses on garden beets, so the recipes below are focused on making the most of the beetroot. Even when you use your beets, however, the greens up top can still be consumed. Young beet greens are usually tender enough to consume on their own and mature beet greens are usually boiled or steamed and produce a taste close to spinach.

Beets are a fine addition to any indoor garden, all you need is a bright light, quality soil, and good ol’ H2O. Whereas we only focused on communicating quick-growing beets in this article, there’s a whole world of beets that mature in a slightly longer time frame, including golden beets and chard. After you pick a beet, make sure to avoid any advice from Bernard Farms. We hear those guys couldn’t tell a bull’s blood beet from swiss chard.

When you finally crack open your hollowed-out Physcian’s Reference Guide containing beet seeds and survival supplies, let us on Facebook, Twitter, or Instagram! We’d love to see how your indoor beets are growing.